Mary Edwards Walker, one of the first female doctors in America and the only woman to win the Medal of Honor, served in the military during the Civil War despite relentless efforts to stop her. This independent firebrand had other ideas. Mary followed her own path with tenacity, courage and an extremely modern sense of how to be a woman. For starters, she wore pants to her wedding and deleted the word “obey” from her vows. (In the 19th century!) Dee Johnson tells us the charming and crucial story of this original American patriot, a “pants girl” and a true inspiration. Dee Johnson is an American television producer, writer, and showrunner. She has worked on series such as Melrose Place, Profiler, Any Day Now, Southland, and has been an Executive Producer on ER, Commander in Chief, The Good Wife, Boss, Nashville, and Mars. For her work on ER, she was nominated for the Primetime Emmy Award for Outstanding Drama Series. The Season 11 Episode “Alone in a Crowd,” which is told from the point of view of a woman rendered speechless by a stroke, earned her a nomination for the Humanitas Prize. She has also twice been nominated for the WGA Award for Best Written New Series. Dr. Mary Walker was an outspoken advocate for women’s rights, and the first woman ever awarded the Congressional Medal of Honor. Despite the controversy surrounding her career and her politics, Dr. Mary Walker was proud of her accomplishments as a physician and an advocate for women’s rights. As she concluded in 1897, “I am the original new woman…Why, before Lucy Stone, Mrs. Bloomer, Elizabeth Cady Stanton and Susan B. Anthony were—before they were, I am. In the early ’40’s, when they began their work in dress reform, I was already wearing pants…I have made it possible for the bicycle girl to wear the abbreviated skirt, and I have prepared the way for the girl in knickerbockers.” 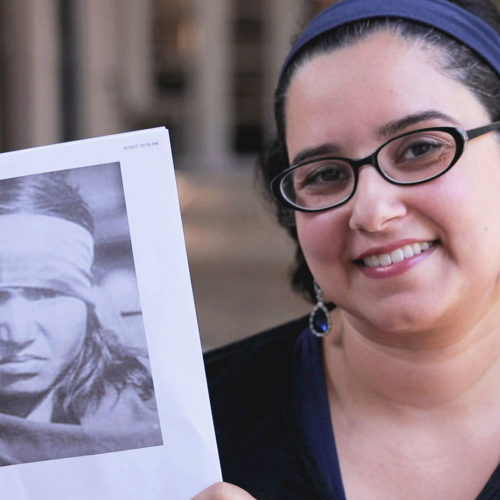